Reinventing Mel by JA Hornbuckle released this weekend. I’ve downloaded my copy but have to wait to read it since I’m knee deep in my current WIP. For those that followed my Meet and Greet Author Week, I was fortunate to feature JA Hornbuckle as one of my authors. 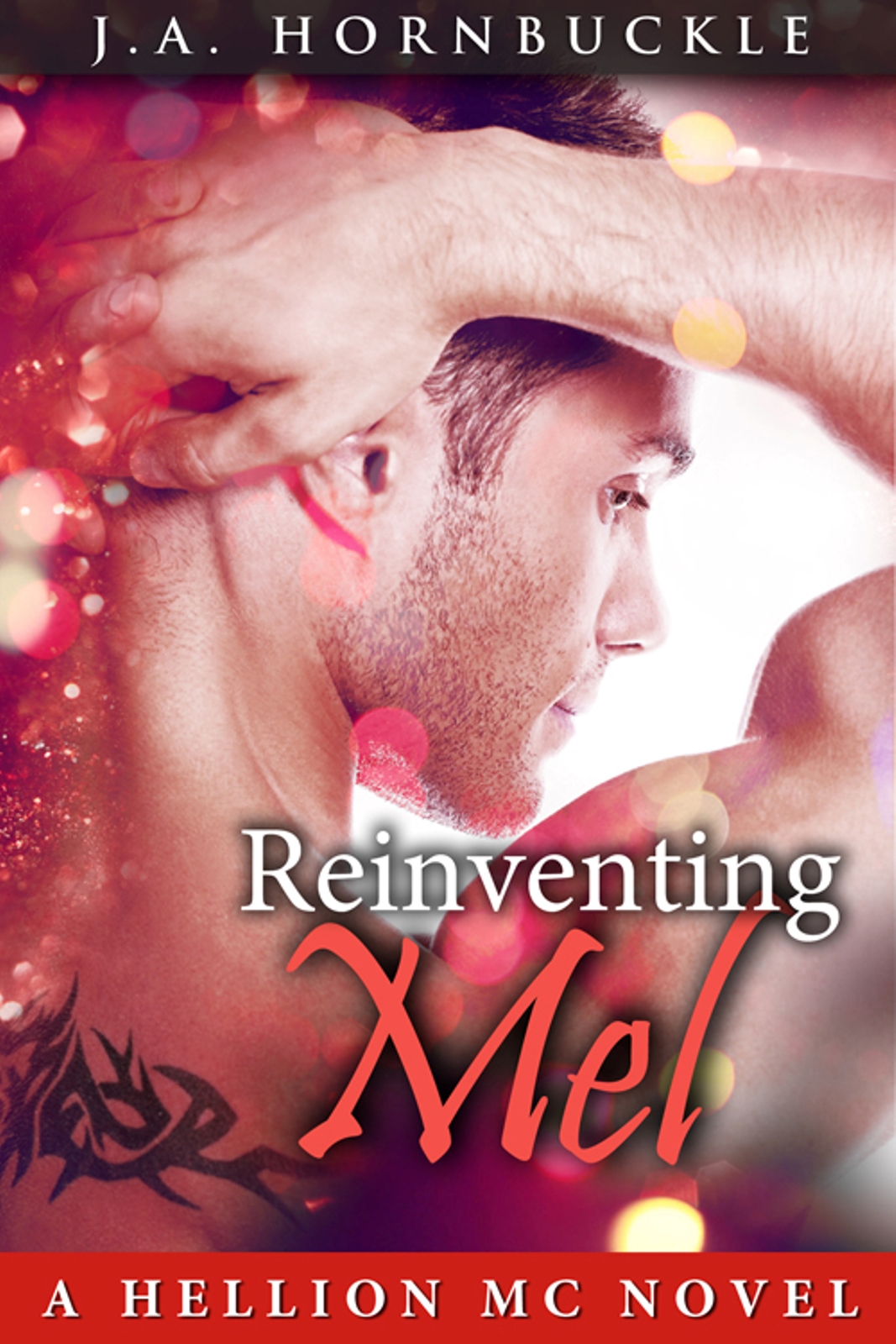 Because of a chance meeting with members of the Hellion MC, Mel Davis’s life was reinvented. One that gave him, his teenaged brother and a much younger sister a new life and hope their world would become better. Taken under the wing of Trey Jackson and Dare Gentry, Mel finds there isn’t one area of his life that the Hellions aren’t willing to help him overcome, resolve and obtain victory in.

After dumping her daddy-picked fiancé and learning the truth about her father’s business dealings, Lulu Palmer made a decision to reinvent herself into the woman she’d always wanted to be.   Hiding in Missoula and working at Hellion Construction was exactly what she needed to put her privileged and oh-so-boring former lifestyle to rest. Even if the managers she supported had potty mouths and wanted to interfere in her life way too often.

But when their attraction grows as they get to know one another, Mel and Lulu find reinvention is not as easy as they’d first thought. And not allowing their full truths to be revealed puts one of them in jeopardy as the other discovers that not all parts of the biker way of life is for them.

From the author of Hiding in Plain Sight and The Possibility of Trey comes Book Two in the Hellion MC Series which gives us a glimpse into the world of a Hellion recruit as well as a Hellion employee. And with all the craziness that Trey, Silo, Huff, Bishop, Dare and Brand bring into the lives of those they call their own.

It’s about the real people we uncover even while we’re determined to create a new life—both separately and with someone else.

Other Books in the Hellion MC Series:

The Possibility of Trey (Book One)

Sometimes the real person that’s uncovered when you create a new life for yourself is exactly the person you want to be.