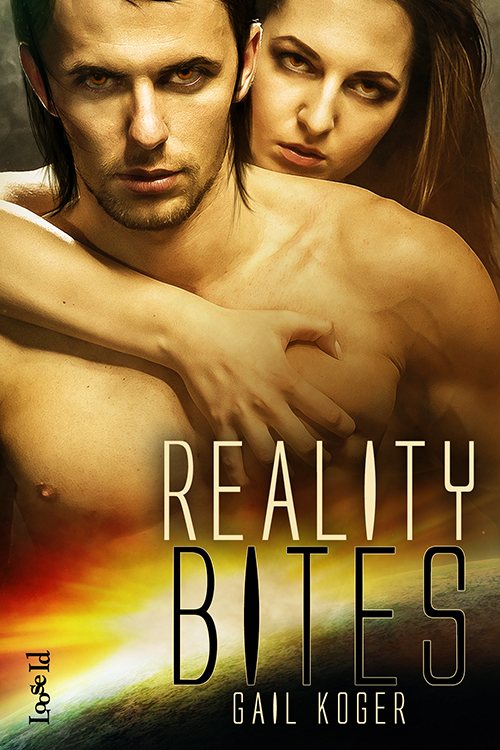 Bree never thought her dimwit act, military grade mace, cattle prod, or dumping a ton of stinky manure on Jaylan’s head would encourage his pursuit. Who knew a Coletti warlord would think of being zapped with a cattle prod as foreplay? Or a determined opponent only heightened his enjoyment of the chase?

The chase comes to an abrupt halt when the Tai-Kok attack Tucson, forcing Bree to team up with the Coletti warlord to stop them. Suddenly plucked from Earth by a crazed Tai-Kok commander, Jaylan and Bree find themselves stranded on a hostile alien world, and being tracked by a deadly Askole assassin. It’s really no time for the two of them to fall in love.

A thick cloud of dust obscured the landscape. A shadow moved in the dust.

The shadow became a form.

The form became a man. Holy Mother of God! I hit the emergency beacon on my belt and bolted. I hoped Pops was monitoring the frequency.

Jaylan’s powerful body slammed into me, knocking me down. He locked his arms around me in an unbreakable hold. “You will not escape me again.”

I squirmed against his crushing grip. “Wanna bet?”

Sheer blind panic overwhelmed me. If he took my blood, he could find me anywhere, anytime he wished. “No! Let go of me, you stinky, manure-covered bastard.”

“It ends now,” Jaylan purred in my head, and sank his teeth deep into my neck.

My body tightened as a pleasure-pain roared through me. The pleasure increased with every draw until my panties were wet and my pussy throbbed. “Stop! Damn you. Stop!” I beat frantically at his mind.

Jaylan suddenly stiffened. “Your blood is most unusual.”

Oh crap. Was my secret about to be exposed? “Really? How strange.” Through our link, I felt him swish my blood around his mouth as if he was savoring its very essence.

“Who is your father?”

Withdrawing his fangs, Jaylan licked the wounds on my neck and growled. “No. Your father is Coletti. You will tell me his name.”

“He’s dead. What difference does it make?”

His fingers clamped painfully around my jaw. “His name.”

One look at the menace glittering in Jaylan’s eyes, and I almost peed my pants. “My mother called him Thor.”

Jaylan jumped to his feet, dragging me with him. “How did he die?”

“Horses. Mom got him hired as a stuntman in her Viking flick. He was a piss-poor rider. He fell off his horse and was trampled.”

“That is not possible. He was Coletti,” Jaylan corrected sharply.

There was a fleeting second of inky blackness, and we were standing in the war room of a Coletti battle cruiser. Yippee-ki-yay. Escaping just got a tad bit harder.

Six muscle-bound warriors snapped to attention. When the overpowering stench of horse manure hit them, they all took an instinctive step backward.

A horde of flies buzzed merrily around Jaylan’s shit-covered head.

Who knew flies could be teleported? I waved a hand in front of my face. “Wow, someone really stinks, don’t they?” I batted at the nasty critters. “Y’all have a fly swatter?”

The warriors stared at me in disbelief.

With a big smile, I gushed, “I’m Bree, and I think you know stinky guy here. The poor thing is a bit accident-prone. Right, honey bunny?”

His big hand wrapped around the back of my neck, and Jaylan bellowed in my head, “Not another word or I’ll throw you on the table and complete the mating bond now.”

“You’d do me in front of them?” I wrinkled my nose in disgust. “All covered in manure?”

A low growl rumbled in his throat. “Yes.”

I was a 9-1-1 dispatcher for thirty-one years and to keep insanity at bay, I took up writing. Not to worry. The insanity isn’t catching – much. Other than the addiction to chocolate and the twitch in my left eye, I’m good.

Gail is giving away an eBook copy of Just My Luck and a Swag Pack during her tour.

For a chance to win please fill out the rafflecopter below.

Author Spotlight-:Layna Pimentel
Check out my interview over at Sheila Kell’s Blog