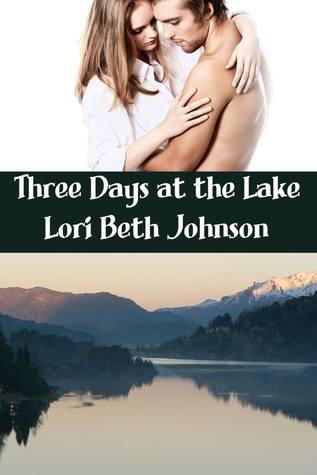 Amanda and Nick were the all-American couple with a perfect little family. Yet, nothing could have prepared them for the ultimate tragedy that struck and tore their family apart.

Years later they are forced to face each other and what happened on that gut-wrenching day. Can blame and guilt be overcome? Can a dormant love heal old wounds? For Nick and Amanda, it is the only chance they’ve got.

Amanda stood at the window watching Nick at the dock. He’d been out in a canoe and now simply sat with his feet dangling, throwing rocks into the lake. She grabbed a light jacket and walked outside to join him.

“Having fun?” She sat, but bent her knees to keep her feet on the dock.

He didn’t look at her as he picked up some more rocks. “Sure, just passing the time, I guess.”

“Tell me about it.” He threw another rock so hard that the water splashed around their feet.

“You really do not want to be here with me, do you?”

“I don’t either, but Jake must have thought there was one.”

“I’m sure that he thought we’d talk all weekend, maybe make up.”

“Make up? We didn’t break up. We got divorced.” She reached up and tucked her brown straight locks behind her ears so that they would stop blowing in her face.

“Don’t you think I know that?”

“You really think that’s what he wanted?”

“Why else would he want us to do this?” She shrugged and he went on. “This place was special to us.”

“Yeah. He let us use it for our honeymoon weekend so we didn’t have to spend a lot of money that we’d need for the baby.”

“He really was. And we did have a great honeymoon.” She grinned. “In spite of my baby bump.”

Nick closed his eyes and squeezed before blinking them back open. “We did, and that baby bump was adorable.”

She touched her flat stomach and an old ache settled there. “We were so happy then.”

“Ironic, maybe. It’s just weird how one event can turn your whole world upside down and change everything.”

“I know.” She stood. “I’ve got bread baking so I better get back inside.”

If Lori Beth had to choose one word to describe herself, it would be dreamer. Beginning with the daydreams of her youth, she has spent her life spinning stories of love and family. After spending many years on a winding career path that began in retail management and included three-fun years teaching middle school English, Lori Beth decided to get serious with this thing called writing. She now works part-time in higher education student services so that she can devote as much time as possible to her craft.

Lori Beth has a B.S. in Elementary Education and is ever so slowly pursuing a M.A. in European History. She is a fervent believer in lifelong learning that can, but doesn’t have to, include formal education. Music is her muse, books are her passion, and she is an avid sports fan. Go Colts! Go Reds!

Family, friendships, and social issues are central to her character-driven stories. Sometimes steamy, sometimes sweet, and often set in small towns, her tales will surely find a way into your heart.

Lori Beth and her husband reside in southern Indiana and have three children: two sons in college and one daughter in high school.