I’m so excited to feature today’s author spotlight. I discovered Cara via a weekly blog hop about a year ago where she featured her sci-fi Terran series. The good news is she has a new sci-fi romance out 🙂 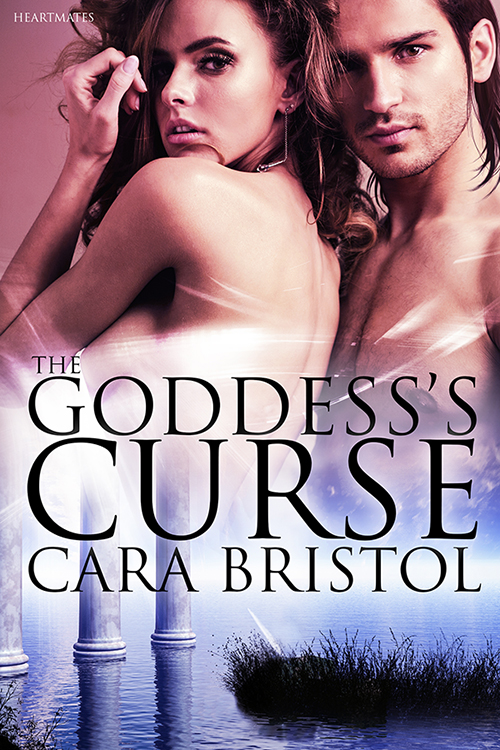 Pretty cover, right? LOL. I love covers that make me one click.

The Goddess’s Curse blurb
Sharona women and barbarian Lahon men maintain separate lives until libidinal fever strikes, and the women are forced to mate.
Stricken by a mysterious terminal illness, Sharona Princess Reena jumps at the chance to accompany a cousin on her mating journey so she can at least see a Lahon before she dies.
Garat, leader of the Lahon, hates the Sharona because of the woman who birthed and killed his son years ago. Now that a massive earthquake has left his people with precious little water, he has the perfect excuse to exact revenge by driving the Sharona from their homeland and taking what the Lahon need.
When he encounters Reena on the mating journey he takes her hostage to force the Sharona to capitulate to his demands, but finds himself drawn to her instead. As his desire rises, lust for revenge wanes.
But after what he’s done, can he convince her of the evil that lives in the palace in time to save her life?

Excerpt
Reena sighed and snuggled in her bed. As her illness progressed, a persistent chill had pervaded her bones. The heaviest robe, the thickest blanket could not banish it. This morning? So comfortable and cozy. Her blanket, though unusually heavy, was oh so warm, and so was the pillow beneath her head. But hard. What kind of feathers could make a pillow so firm yet still tickle her nose? She rubbed her cheek against it, absorbing the unusual, pleasant scent. Musky, and earthy. Like woodsmoke or fresh evergreen. Or a combination of both.
If only every morning could be like this. She hugged her pillow. Soon an attendant would arrive to rouse her for breakfast, but maybe she’d feign sleep. Naughty. She smiled.
Then sobered. Yes, she’d been naughty. She had displeased her cousin by refusing further treatment. What had occurred after that? She crinkled her forehead, trying to remember. She’d poured out the tincture, and then…then…
A Lahon had burst from the foliage.
Then muscle cramps and searing pain. Paralysis.
Her eyes flew open. Rough-hewn walls, large, rustic furniture filled her field of vision. Gone were familiar accoutrements and luxuries. Instead of finely woven fabric, a furry animal hide covered her, and, supporting her head, was hard flesh covered by a thick mat of…of, hair. A man’s chest.
She bolted upright with a shriek.
The Lahon sprang up without a sound.
“Help!” She tried to scramble from the bed, but he hooked an arm around her waist. “Let me go! Help!”
She slapped at his shoulders, his chest, his face. Neither blows nor screaming fazed him a bit, and she found herself flat on her back, her cries silenced by his calloused hand, her arms restrained, her lower body pinned by his heavy, muscular thigh, and something sizable and rigid poking her leg.
She stared into dark eyes. Be careful what you wish for—you may get it. She’d longed to see a Lahon up close and personal. It couldn’t get any closer than this. She could detect the pores on his face, discern that his “green” eyes were composed flecks of fern, moss, and teal, and that a muscle twitched in his square jaw. Long, unbound dark hair fell against broad shoulders.
Her heart fluttered like the wings of a frantic bird. What had happened? How had she gotten here? Where was Honna? And…and her robe? Oh Goddess. He was naked, too. That, that, thing digging into her leg was his…his manroot.