I feel like a real writing warrior since its a 3 day weekend in the US. This means more writing time and no kiddie chauffeur duty 🙂 PLUS more reading time. Don’t forget to follow along the blog hop for potential new reads at www.wewriwa.com. Today I’m sharing from my novella Mating Urge. The hero, Aran, has tried to warn the heroine, Ellie, away but now its too late. 🙂

His green eyes took on an eerie glow that sent a shot of lust surging to her loins. Deep growls rumbled from his chest and poured from his mouth. Fangs elongated as he licked his lips. Breath burst from Ellie’s lungs as she knelt rooted to the spot unable to speak. Reasoning stated she should make some attempt to escape but her body remained locked in place.

He crawled over her on all fours, causing Ellie to lose her balance and fall back. She lay sprawled on the floor but he continued until his body hovered above hers as her heart hammered out a rapid tattoo.

“You should have run, Ellie. I warned you. Now, you’re mine.” 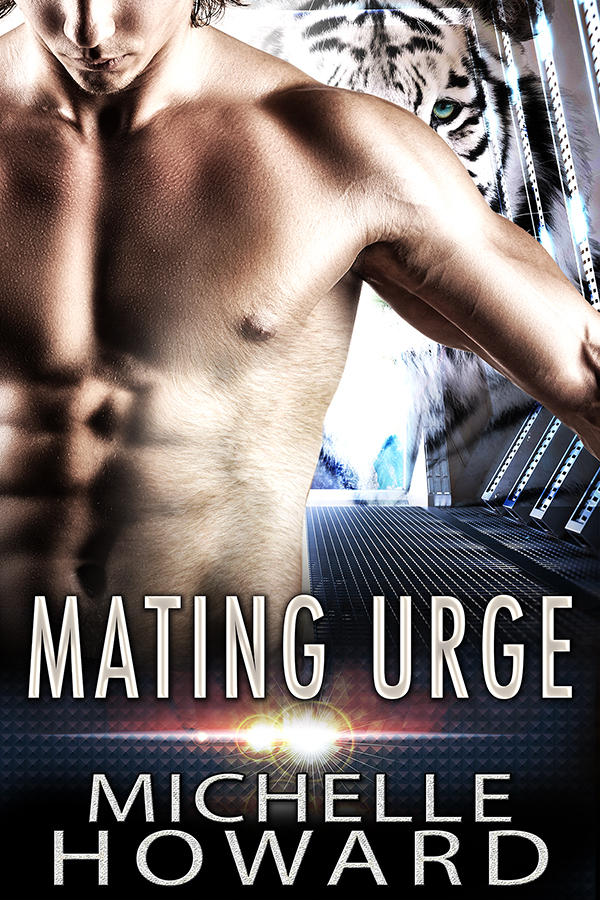 Desperate to escape her stepfather and false criminal charges, Elliana Cage needed a way out fast.  It made perfect sense to sneak onboard the first ship departing her home world.  When her path crosses with a handsome stranger, she’s in for the surprise of her life.

Aran T’Kar didn’t expect to discover a beautiful woman hiding out on the Zanian IX.  Protocol dictates immediate detainment, but Aran can’t resist the urge to take one forbidden taste.