As it draws closer to the release of Kyele’s Passion (4 weeks left) I thought I’d share the exclusive sneak peek from one of my newsletters. Enjoy! 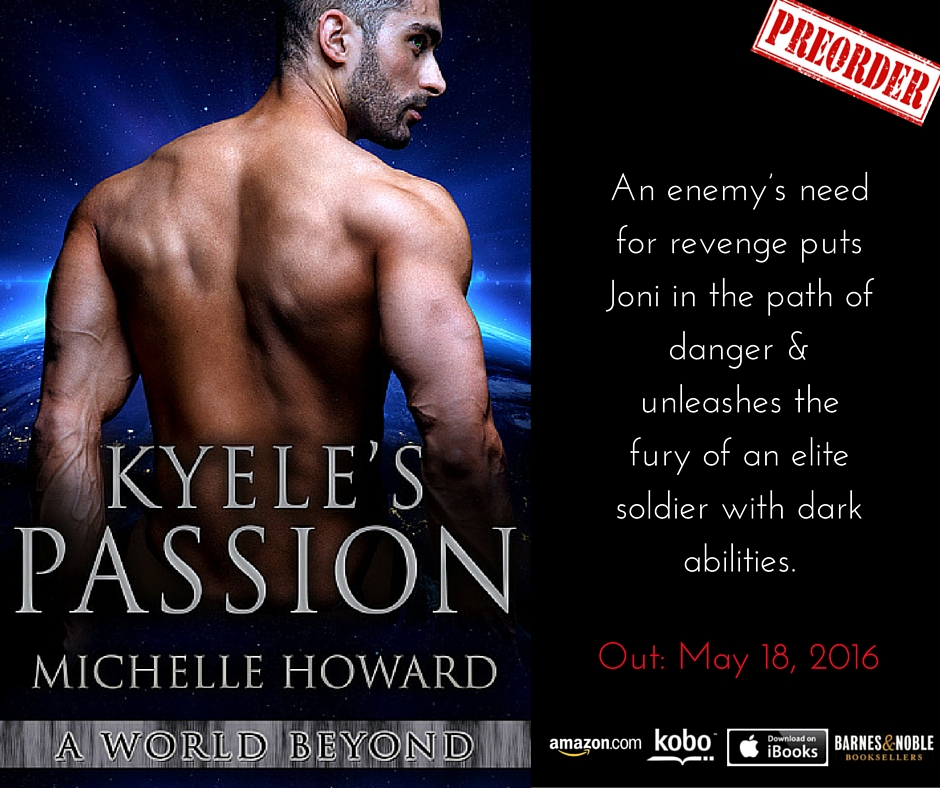 Being a Jutak warrior is all Kyele Bastien cares about until one mission changes everything. The Earth female has carved a place in his heart without even trying and now he’ll do anything to make sure nothing ever hurts her again.

Rescued from a Marenian slave auction, Joni Miller is relieved to have her life back but there’s one man making it difficult to remember why she shouldn’t want to think about happy ever after any more.

“The facility was attacked.”

Kyele stilled. He thought of sparkling gold eyes and hair like fire. Gone? Not possible. Torkel’s security measures had security measures. No way anyone could breach their home. But what if someone had? What if they’d taken away the only female Kyele cared for? He forced the next word through stiff lips. “Casualties?”

Savi leaned forward. Creed and Stefin sat with hands knotted in their laps. Markus pounded the overhead panel, denting the metal with his fist.

“I do not know.” Kyele drew in a sharp breath, legs braced apart as Jaron continued. “The perimeter alarms were turned off an hour ago.”

“By who?” Anger snapped through Kyele’s tone. Those alarms were to be on at all times.

Lancing pain pierced his middle. Kyele lowered his head, ramming the fingers of one hand through his hair and stared at the floor to conceal his unguarded expression. Had she disarmed them voluntarily or under duress?

“The secondary alarm to the rear door signaled ten minutes ago, Joni again. Team Three is dark. We can’t recall them. I’m heading back with Team One but you’re closer.”

Kyele lifted his head as he tried to imagine his Unit Leader’s reaction to this. “Have you spoken to Torkel yet?”

Jaron muttered a curse. “He’s with Rydak. I haven’t notified him.”

Savi groaned and thumped his head on the back of his seat. Ice slid through Kyele’s veins as he shut down his fear and worry. “Communication? Demands?”

“Comms?” He couldn’t remember if any of the females wore them.

“I can not reach them, Kyele.” Jaron’s voice turned ragged. The Team One leader was particularly close to Faye and treated her like a sibling. “I…I have received no demands but it could be too soon.”

Kyele pressed his thumb along the sharp edge of his favorite knife, drawing a bead of blood. He pushed his emotions down deep, using the pain to steady him. Emotions had no place in this moment. “We’re on our way.”

Kyele disconnected the call and sat up in his seat, meeting the gaze of the other four men. “Prepare to defend an attack as soon as we reach the facility. The safety of the females is a priority.”

That any of them could be dead wasn’t an option. If anything happened to Joni or the others, no force on Enotia or anywhere else would stop their brand of Jutak justice.