Finally, I get to post this to my blog. I’m super excited to share with everyone the new cover for my upcoming Warlord Series-A King’s Revenge featuring Tarik Sabarn. Tarik has given me quite the struggle over the last months while I forced him to accept love and the HEA I wanted him to have. LOL. Why do characters go against you? We only want what’s best. 🙂 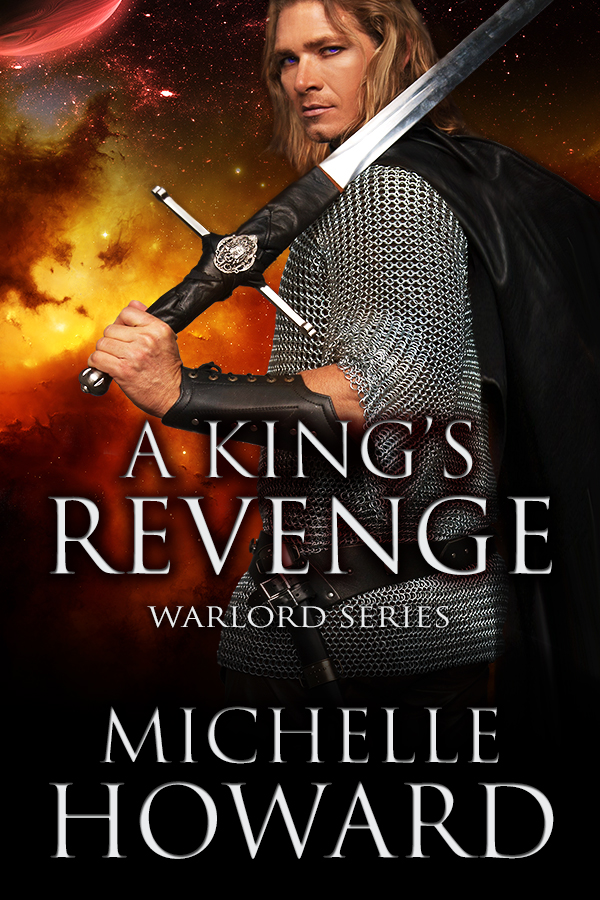 A small unedited teaser below. This is Vaan and Tarik “having a moment together”:

Vaan didn’t back up at Tarik’s approach. The Overlord waited for his attack. With a wicked grin, Tarik leaped across the remaining distance and slashed out in a feint. Instead of pulling back, Vaan raised his blade to meet his attack and with a flick of his wrist twisted the two swords to the side and punched Tarik in his mid-section hard enough to rock him on his feet.

Tarik danced back with a wince. He’d bear bruises in the morning. “I see this match is to include fists and swords?”

A dark brow hiked. “In battle do you ask your enemies for concessions and courtesy or do you fight as if your life is on the line.”

Tarik’s laughter caught him off guard and he saluted Vaan with his sword. “Forgive me for not realizing that my life was on the line.”

Without waiting for a response, Tarik attacked again and ducked to the side at the last second. The flat of his blade aimed for the Overlord’s upper arm but Vaan spun on his heels and blocked the strike with his weapon.

The move exposed the side of his torso allowing Tarik the advantage. His swift kick to Vaan’s ribs was met with a loud groan as Vaan jerked away. When he turned back to face Tarik, he grinned madly. “Now you have the idea King of Desani.”