Wow, I now have my first book conference under my belt. It was such an exciting yet scary time. I got to see some of my favorite author friends AND hung out with M.K. Eidem, one of my besties. We had a blast and boy do we have some good stuff brewing 😉 I also met readers in person!!! Talk about a humbling experience. Thanks to everyone who popped over. 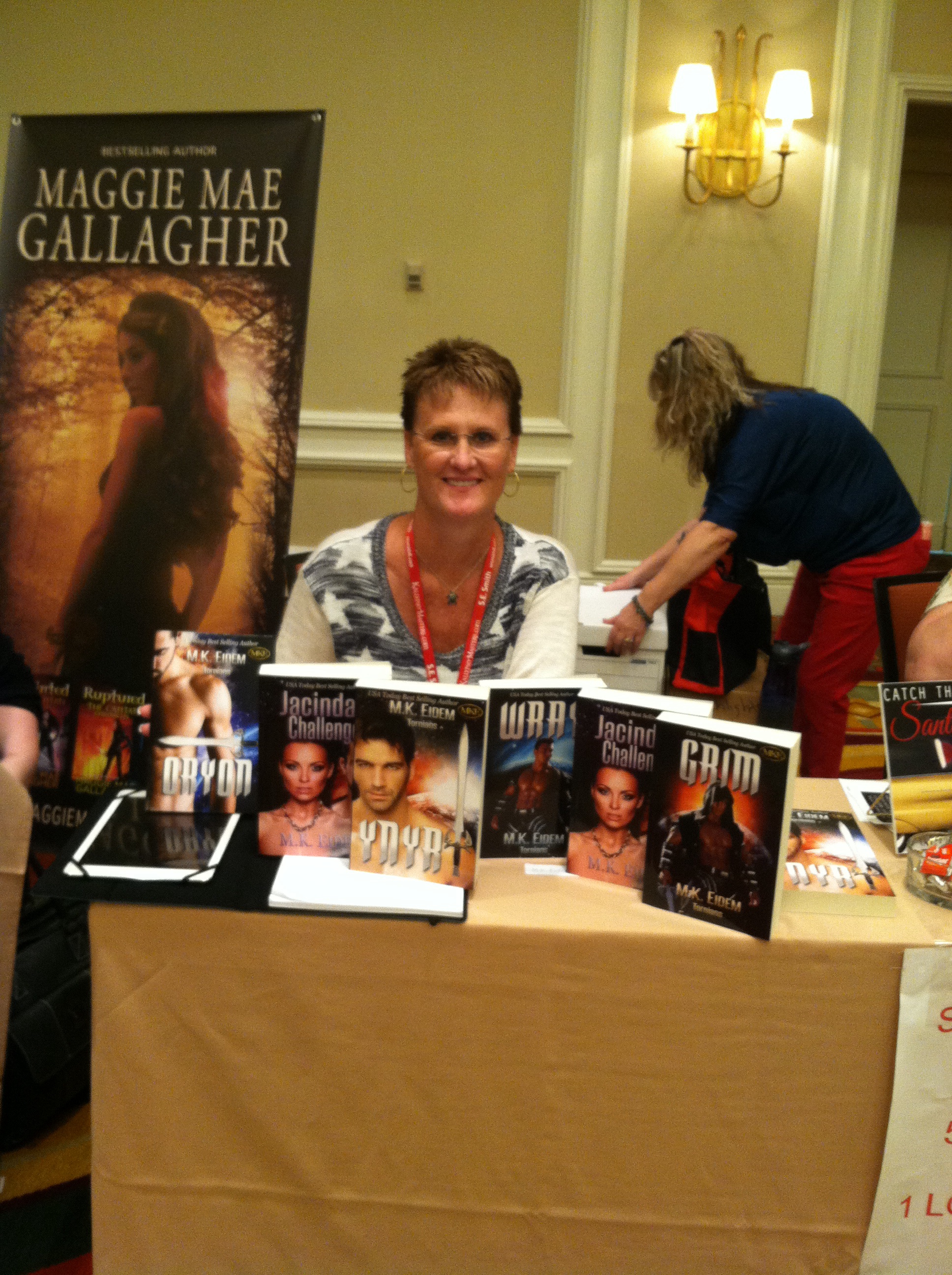 I might be late doing my rounds for www.wewriwa.com because of my flight today but I’ll get to everyone no later than tomorrow. Now back to my current WIP. Jax is just realizing that Cellie and Cordelia didn’t make it over.

“The Reina has sustained severe damage to the computer grid and most of the functions are non-compliant,” Quinti answered.

Jax gripped the arms of his chair tight. “How many made it to the Z?”

“All of the crew,” Quinti replied. “Only the Queen and her guard, Cellimina Manx, stayed behind.”

Swelita’s frown spoke volumes as she replied, “No, sir.”

Sweat dampened the pits of his shirt but Jax refused to give in to the panic rolling through him. “Try again.”

New releases and in the know
Something new part 9