New Release by Cara Bristol-Mated with the Cyborg

Cyborgs are HOT. I’ve been reading and enjoying a few over my break from the rat race. Today, I get to share the latest release in a Cyborg series from author Cara Bristol. Woot! Mated with the Cyborg is book 2 in Cara’s latest series so don’t miss out. While it can be read as a stand alone, it’s always nice to read book 1 🙂 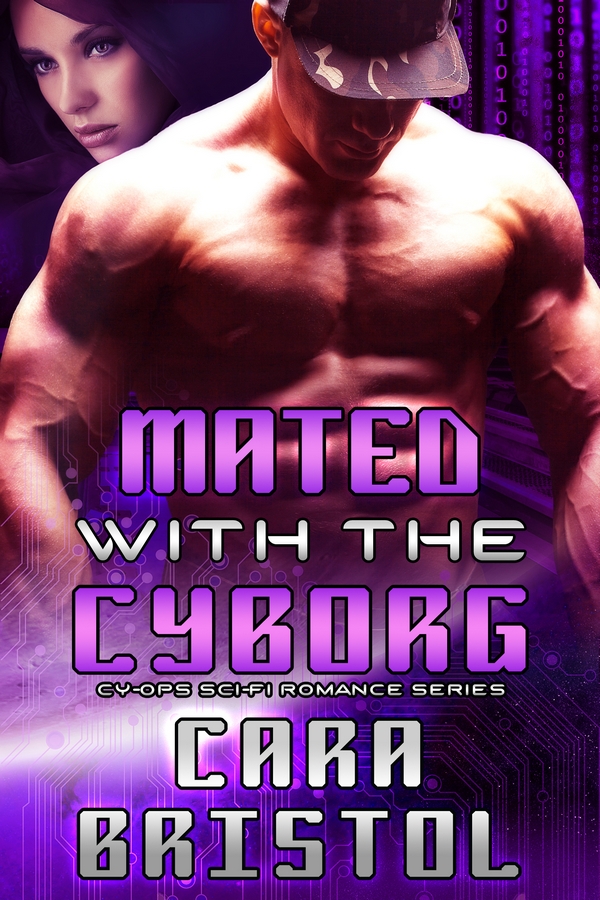 Kai Andros’s orders were simple. Get in. Gather the intel on the terrorist organization. Get out. Then he met her. Mariska. Beautiful. Innocent. Ignorant of her father’s atrocities. And marked for death. His orders said nothing about saving her. But he did. He went off-mission.

Can a rogue cyborg outrun both Cyber Operations and the terrorists to save the woman he loves?

Mariska’s dress dragged along the metal floor as she headed for the general’s receiving room. People glanced at R981, but the android could have been alone for all the notice they paid her. Her veil seemed to render her invisible.

If only she could truly disappear. Years had passed since the last summons. Why had her father called her? Perspiration slickened her palms, and she had to concentrate to avoid wiping them and leaving a telltale stain on her clothing. The only thing worse than being afraid was showing it. At least her voluminous skirt hid her wobbling knees. Outside her father’s fortified headquarters, she halted and took a deep breath. I can do this. I can do this.

“You are nervous,” stated R981 in his stilted, but gravelly voice. No other android had vocals like his. His rumbling tone vibrated through her in a most disturbing way.

“No, I’m not,” she quickly refuted. Fear was a flaw. Flaws were punished. Although R981 was assigned to her, he had been programmed to report misbehavior and anomalies to her father.

The solid-black orbs of his robotic eyes blinked once. “I detect pupil constriction, increased perspiration, and respiration, which indicate fear.”

“I believe you are mistaken and require a full diagnostic. How long has it been since your last maintenance overhaul?”

“I am a new model, entered into service five weeks ago. I do not require maintenance for another fifty-five point four days.”

She needed to shore up her courage, but R981 pulled open the door, making it clear he served her father. Just like the other droids.