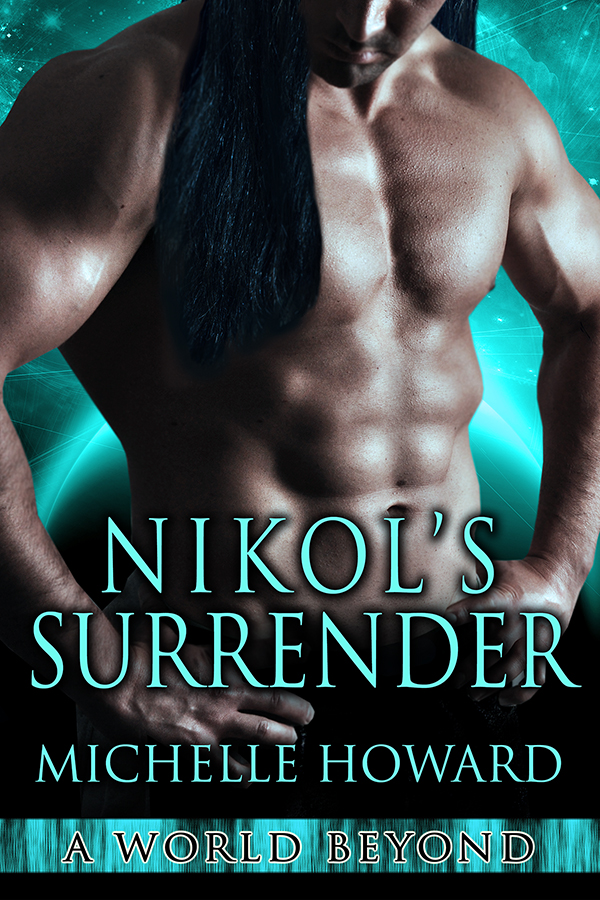 Nikol Wulven has spent his entire life as the son of the most hated criminal around. Heir to an illegal empire he had no desire to run, his life wasn’t his own. But in his world, there were no choices.

The new slave delivered to Nikol’s harem was unexpected. He was fascinated by her Earth ways and bold manner. If others noted his desire for the defiant beauty it could put them both in jeopardy. And that must never happen because Nikol’s harsh façade is the only thing standing between his father and his brother’s life.

Sometimes the risk is worth it all.

Darcy McHenry wished she’d never left Earth. Kidnapped, sold to slavers and living in a harem, is a far cry from the life and family she dreamed of. Only her growing feelings for her owner keeps her from running. Her new master is a dangerous alien with horns. The whispers warn no one crosses him and lives.

Darcy’s about to test that theory.

Don’t miss the exciting conclusion to the end of the A World Beyond series!